In the global industries of fashion and design you could often hear many famous Scandinavian names. Designers, journalists, worldwide known bloggers and ambassadors from the biggest fashion labels in the world.  Those inborn genes of pursuing Scandinavian style aesthetics became like a unique business card held by the biggest North Europe fashion authorities but admired by many in the world. Fashion and design magazines are constantly writing about the rules to create Scandinavian inspired style or home interior. Such bloggers as Pernille Teisbaek, Trine Kjaer and Elin King have hundreds of thousands of followers on social media channels. Just a few weeks ago “kARTu” team had an opportunity to get acquainted to this Scandinavian style phenomena.  Our long weekend days were spent at the Copenhagen fashion week and International design fair “CIFF”. 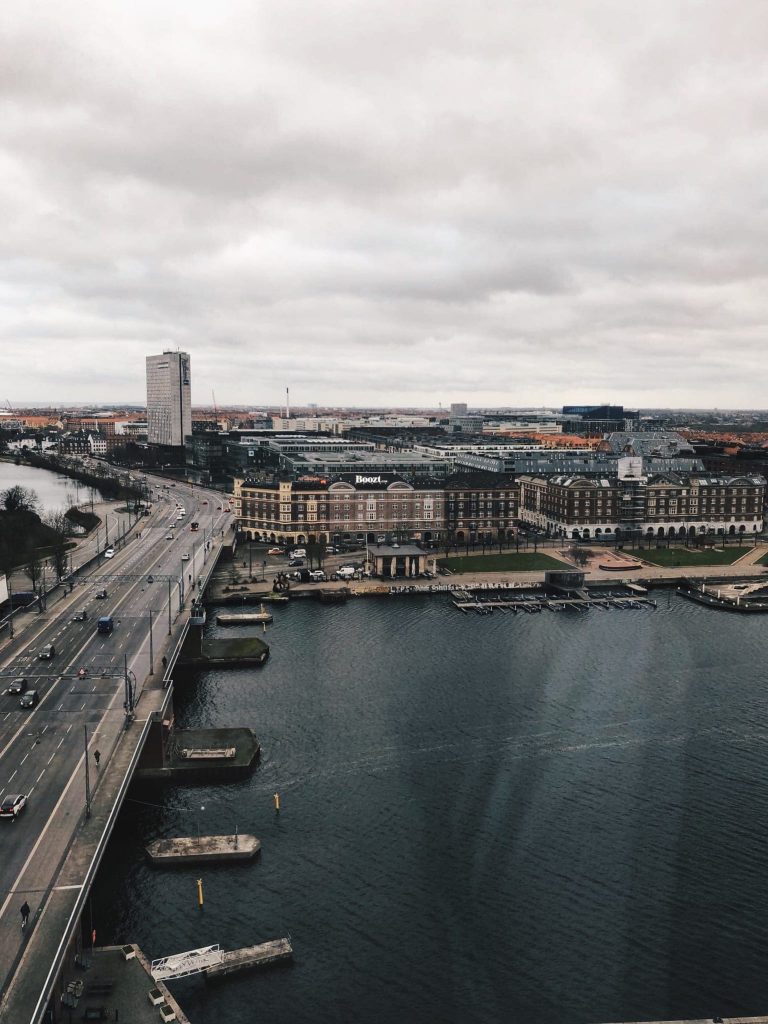 If you do wish to get caught in the Scandinavian rhythm of life for a bit and get to know the culture of Northern Europe better, Copenhagen is a place to go.  So temperate, calm and full of creatives of all kind. Countless cosy places to have a nice cup of coffee at, many small Scandi style boutiques and studios hidden in the narrow streets of the city. Danish people really do have an obsession with interior details. Interior design is a real pride of this country and you can get assured by that when visiting several museums  opened namely for that. Esthetes who are highly interested in interior would have their head turning around here – from the perfect coffee cup to the selection of an extraordinary furniture. We were also admiring personal style of the passers by. Especially that particular weekend, during the very finale of the fashion week, when the streets were just filled with the industry professionals and enthusiasts. Although there were chances to see the very eccentric style lovers, they were all having one thing in common – that hardly explainable Danish perception of style aesthetics.  Classic, minimal combinations of black and white are common here, but worldwide trends fate them being coordinated by bright coloured details or accessories. 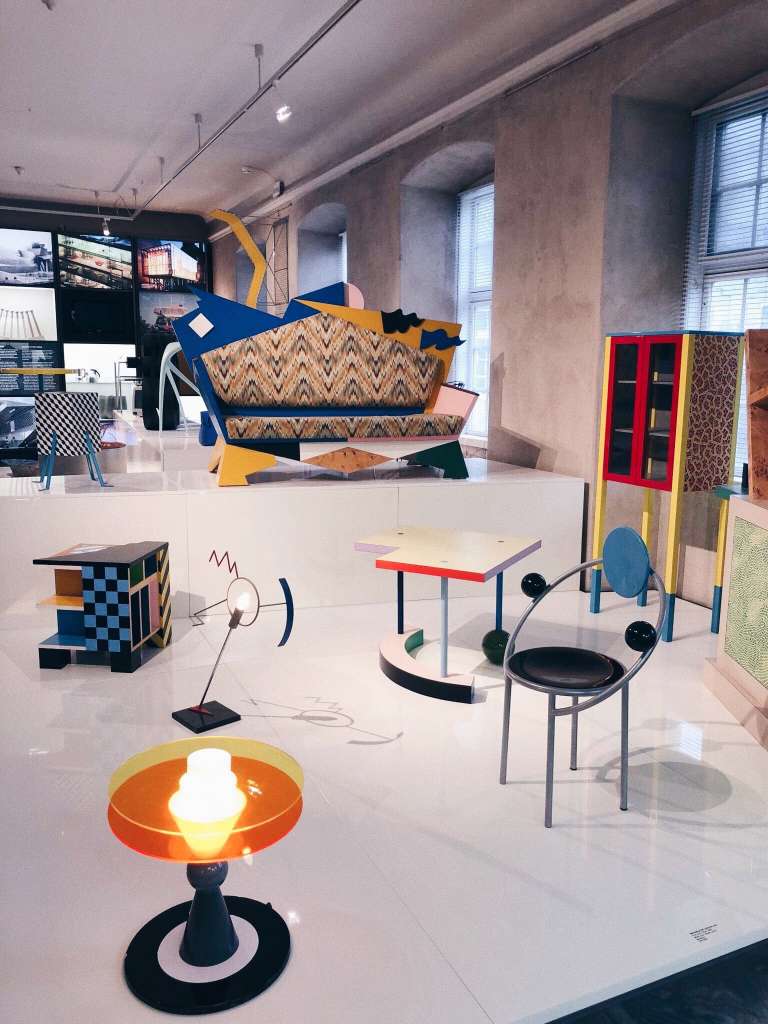 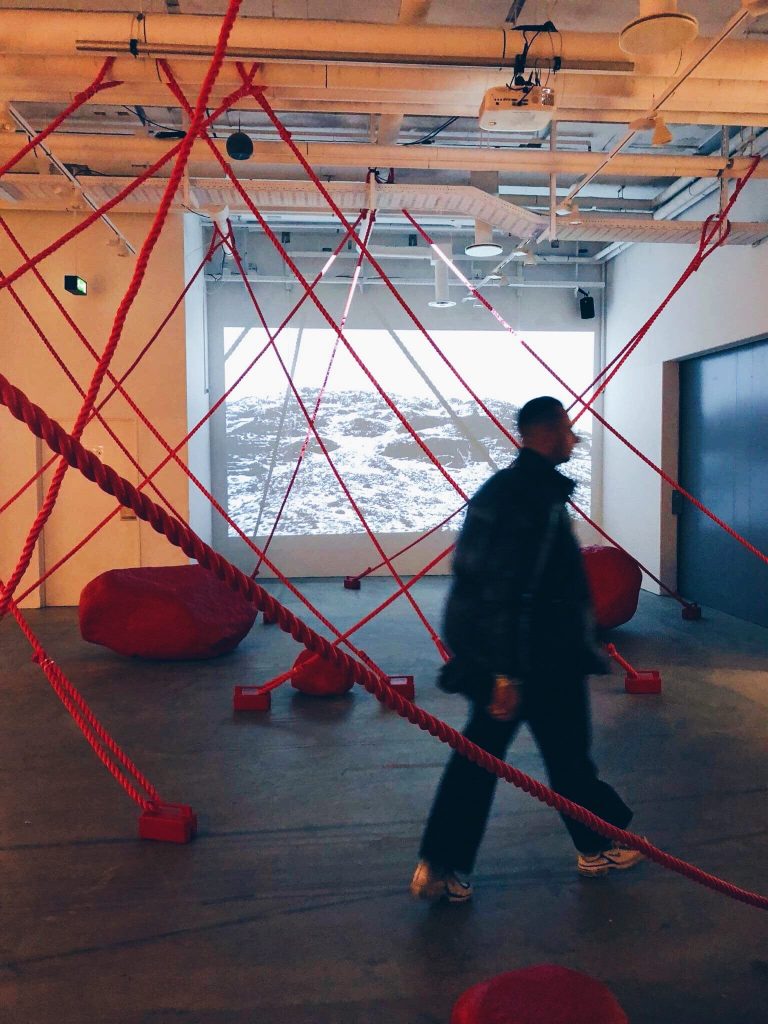 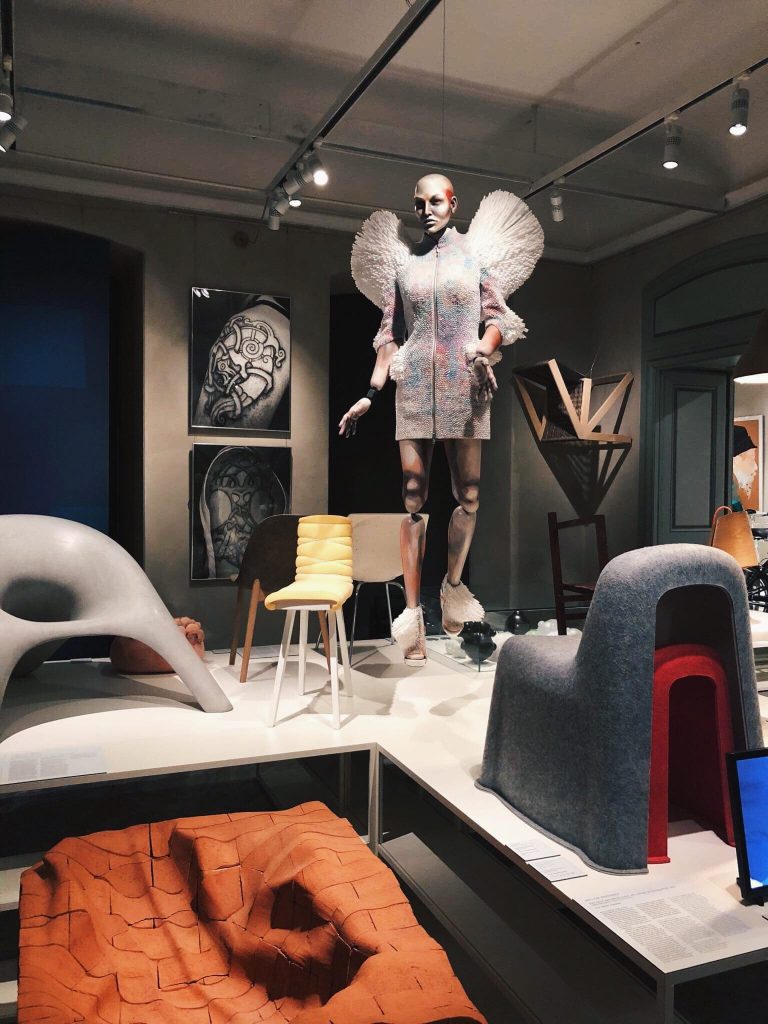 Busy city, exhibitions, discussions and catwalk shows by the most perspective designers from northern Europe – tens of various events each and every day. We were discussing our trip and laughing around that one of the most difficult tasks when visiting a fashion week is to plan one’s calendar and set up priorities as it is impossible to make it on time in every show or event happening. The super power to be in several places at once would be very beneficial here!

kARTu team attended three catwalk shows during this year’s Copenhagen fashion week.  Talking about “catwalk”, this word got a much broader perception in fashion industry of today than we might imagine. Fashion week shows that are held in New York, London or Paris (and smaller European cities are quick to follow) are becoming mini spectacles, unique performances that can take place in the most unexpected places around the city. Designers choose such spaces with an idea to create extraordinary mood that reflects inspirations of the collection showcased. Here significant are not only models itself or show details, but the lighting, smell and overall atmosphere too.

Heliot Emil was the designer surprising us with exactly that kind of show this time. 2018’2019 A/W season dedicated unisex collection was showcased in the underground parking lot. Born in Copenhagen, Heliot Emil’s collection reflects Scandinavian minimalism and keeps other colours than black and white to the very minimum. Sharp cuts, sexy silhouettes, a lot of classic black and attributes looking like being borrowed from the gym – the designer justifies label being known as modern and slightly provocative once again. 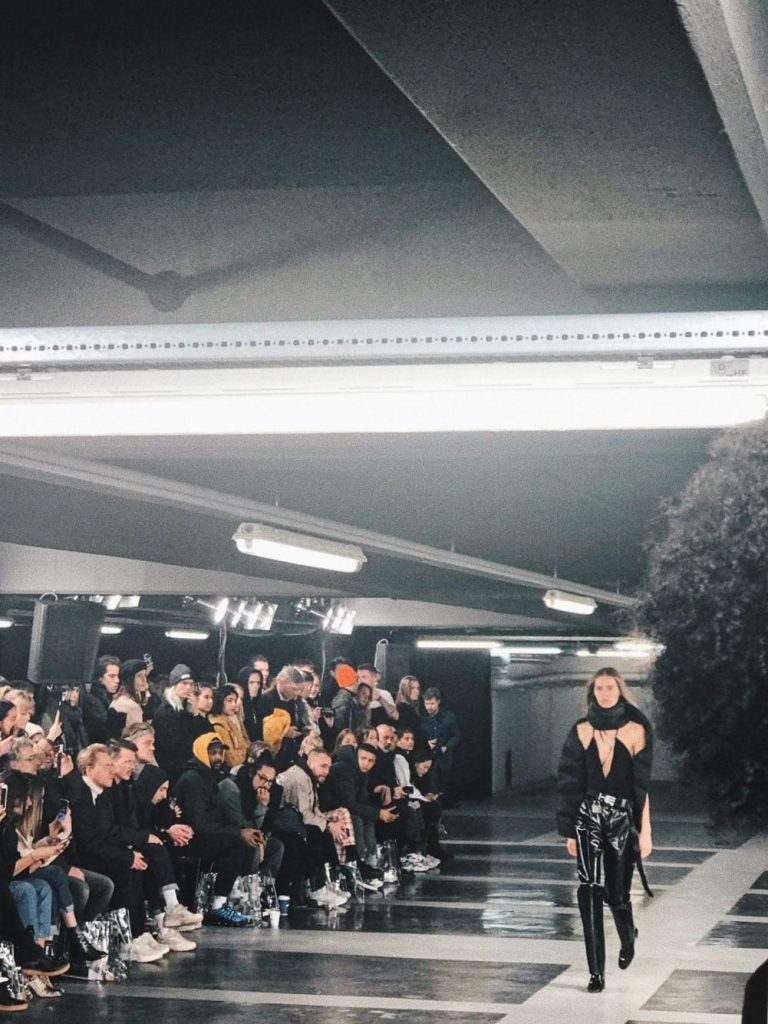 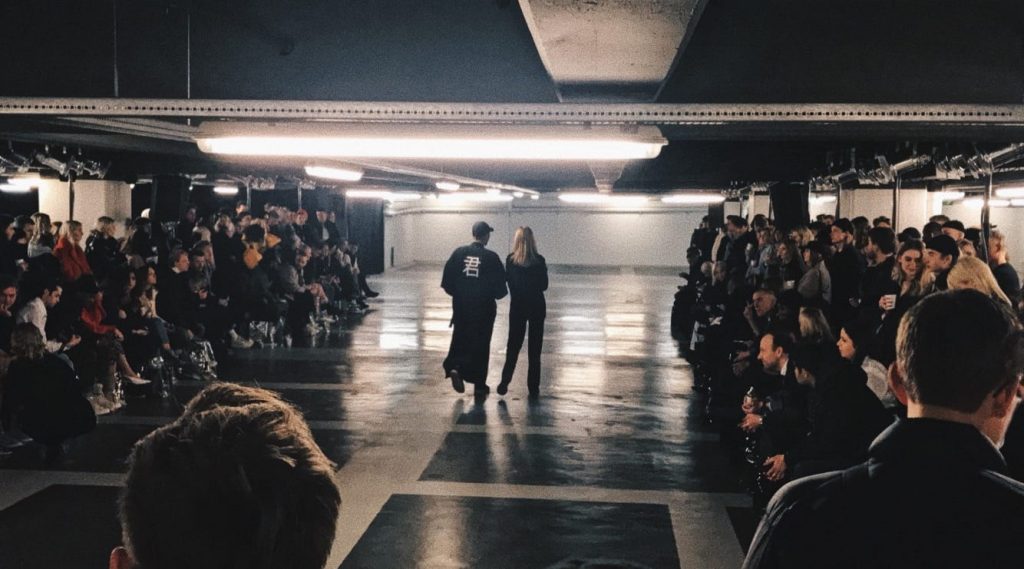 Talking about the noticeable Scandinavian minimalism influence to Copenhagen fashion week collections, this rule would hardly fit designer Astrid Andersen. Also born in Denmark, Astrid launched her own name matching apparel line in year 2011.  Since the very first collection designer is widely complimented by not only Scandinavian, but London based fashion publications too. We can frequently see Astrid named as an international designer whose cultural inspirations are not only born in Copenhagen, but in London as well. Here she lived while studying at the Royal Academy of Arts. Impressive new collection was presented at the uniquely designed hotel Radisson Blue Royal. One after other models were stepping down the urbanistic style stairs leading to the cold marble decorated hall. Collection connects the pompastic haute couture like pieces, street style and sporty attributes. Careless city style is well complemented by unique silhouettes, bright color range and aesthetic, stylish inconsistency. No wonder that fashion industry insiders and professionals from London like to call Astrid Andersen the talent who’s creative abilities are closely related to United Kingdom too – they predict Astrid a very bright future. 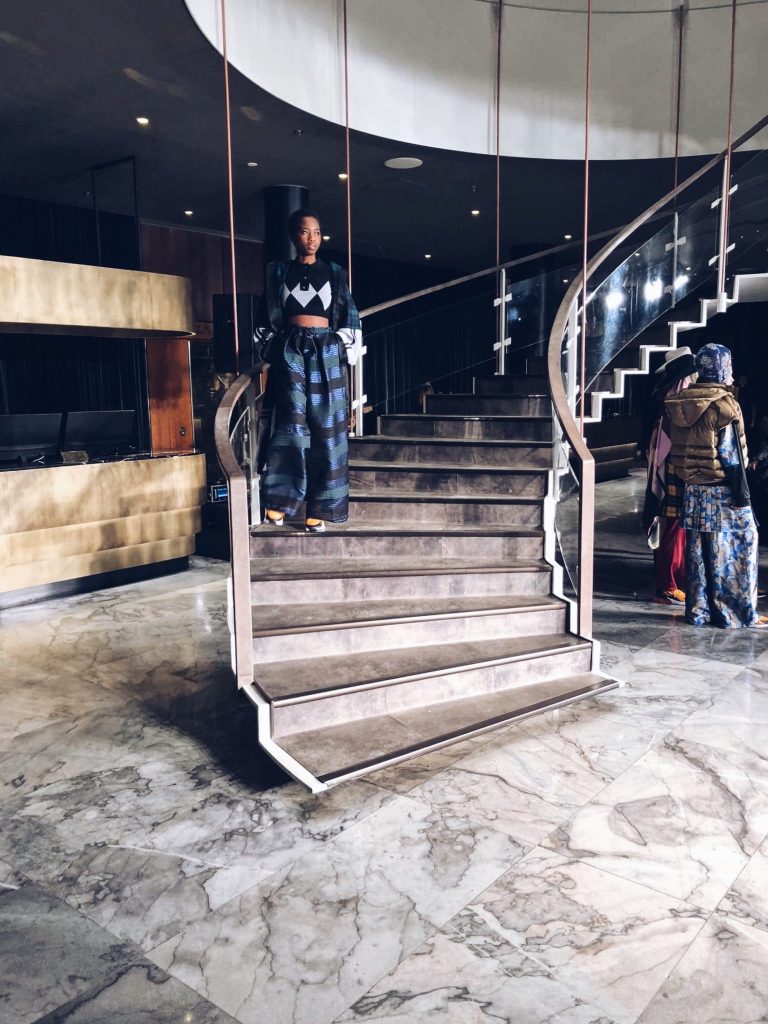 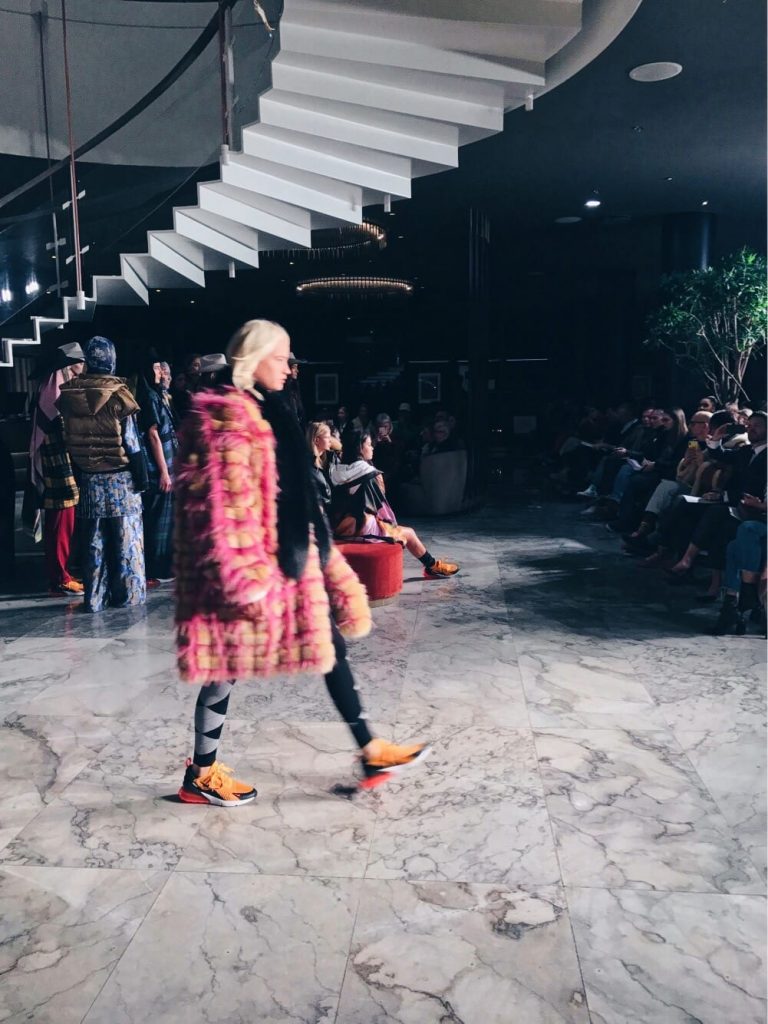 The third catwalk show we wanted to tell you about was actually very different from the designers’ works we’ve seen just before. Jesper Høvring is a very persistent supporter of traditional sewing methods. Luxurious pieces for women are carefully handmade considering needs of every client individually.  His newest collection is no different – Jesper is not from those aiming to  surprise or provocate, not at all.  His collections are famous for the classic approach and elegance which Jesper manages to represent through different perspective every time.  Romantic and feminine ensembles precisely made with the smallest details in mind are what always fascinate in Jesper’s works. By the way, this show was actually a bit like the one discussed because of one detail – was as well held in a hotel. But as you can guess Jesper’s choice was different of course, hotel was very luxurious, stylish, well kept vintage and uniquely elegant. 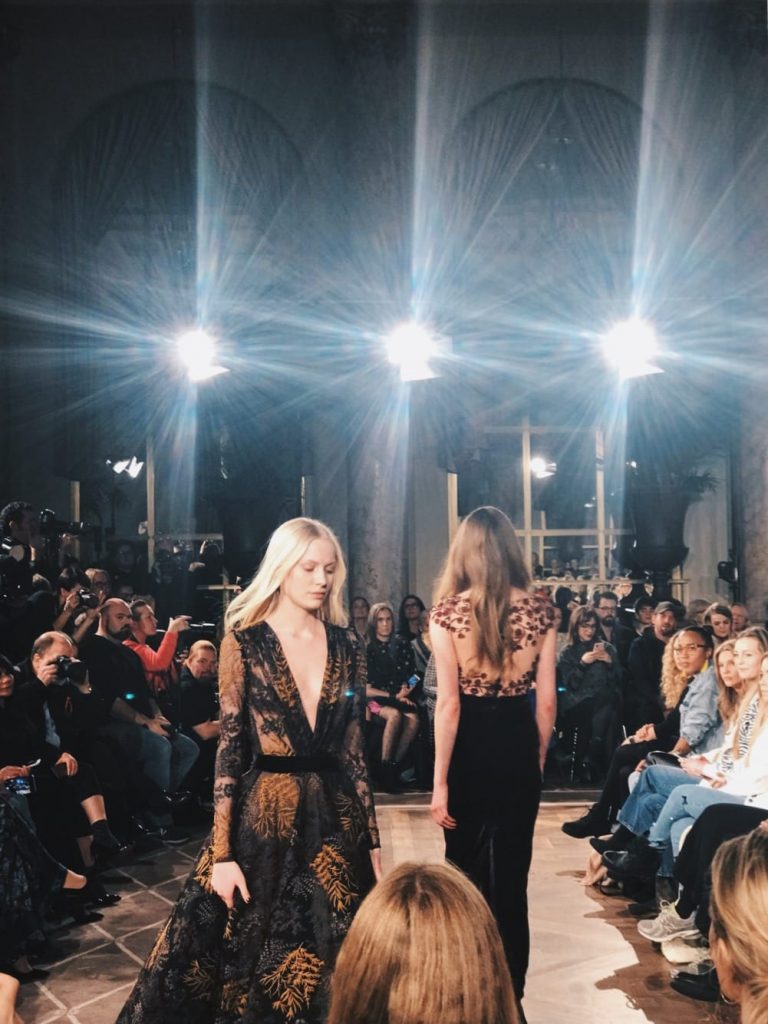 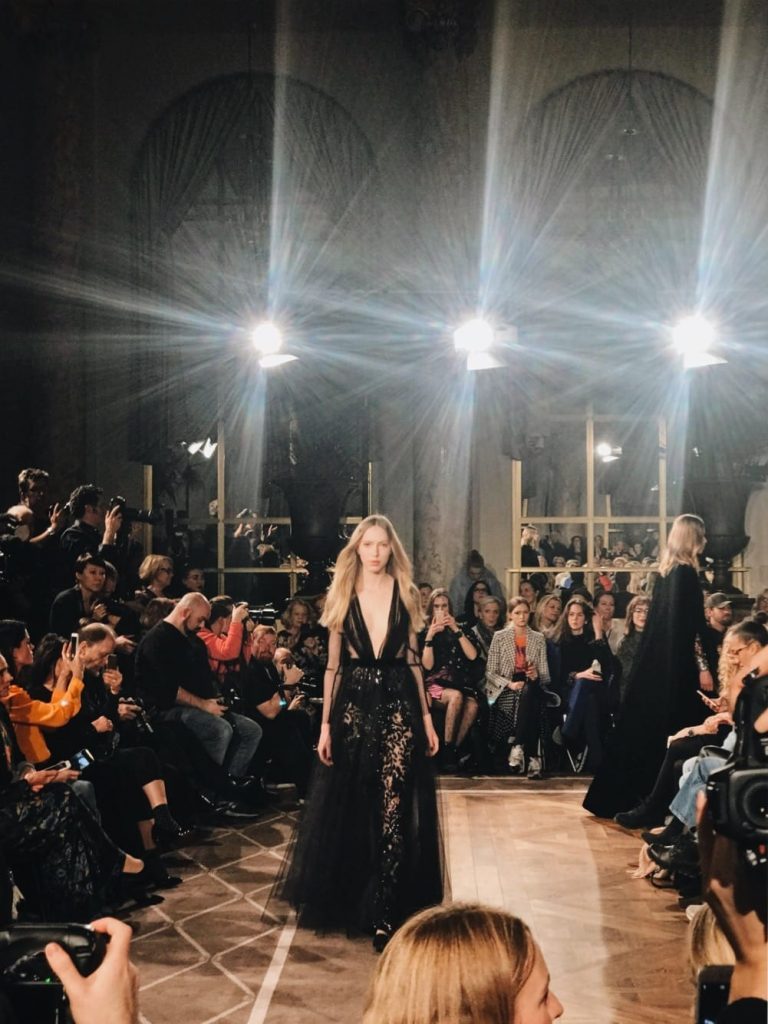 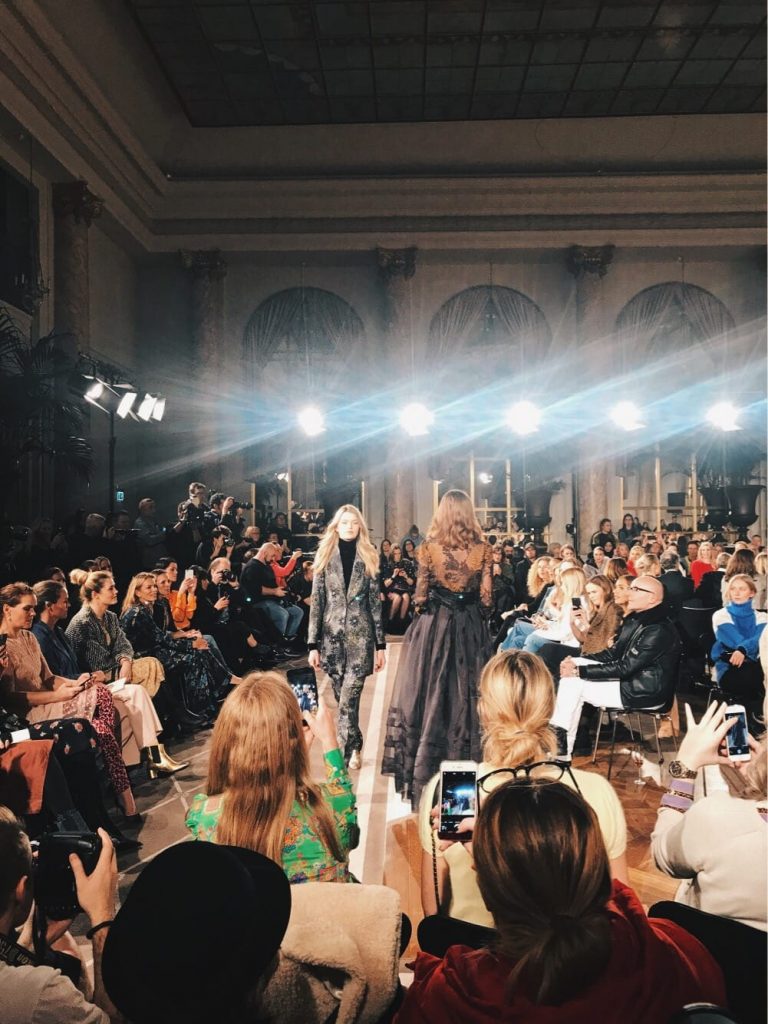 Copenhagen will fascinate those missing culture and art events, exhibitions, museums and galleries. Scandinavians are paying a lot of attention and investing a lot of their time and money into  peoples’ aesthetic sense development, so Copenhagen is one of the best cities in the world to go and develop yours.  City will surprise with a slower, Scandinavian rhythm of everyday life which is easy to get used to. It’s a real mast for eyes missing clean aesthetics, inspiration for style or home interior treasures. City for everyone who adore beautiful things and even more beautiful people – inside and out. Have you planned the next journey of yours already? 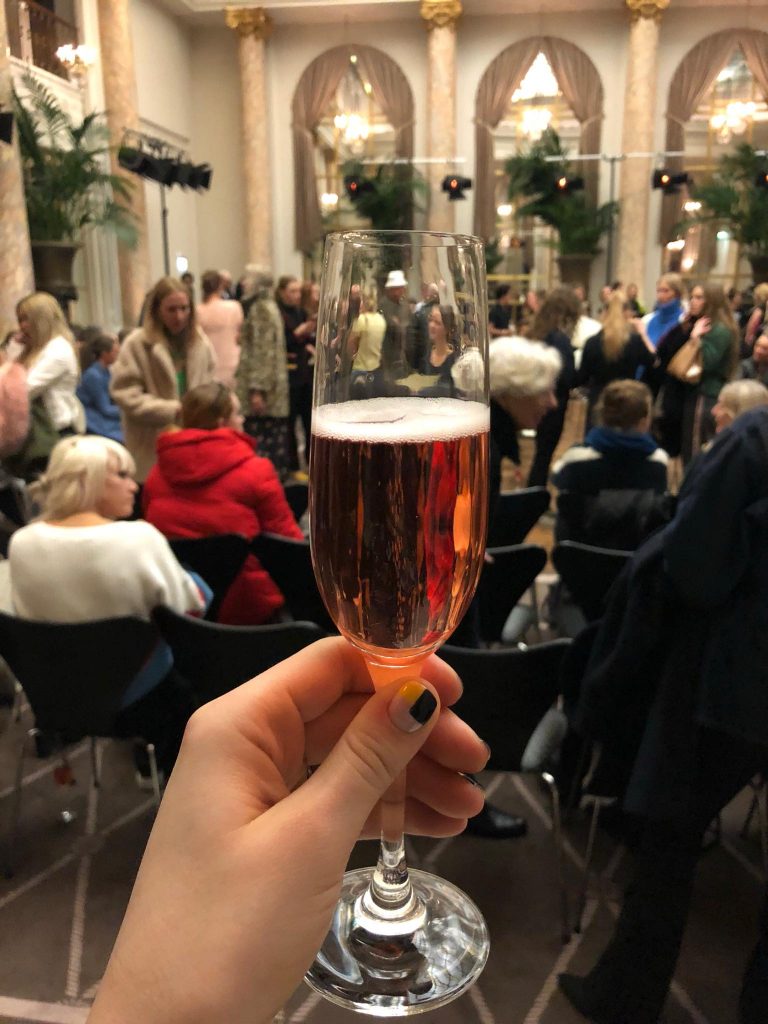